A report from Terry Weeks on the 2019 S A Esoaring Championship:

For many years now the Alton Silent Fliers have hosted the Southern Area BMFA Esoaring Championship at their East Worldham site, a series of 4 competitions open to all.
This year all four rounds were flown in very good weather on the 26th May; 9th June; 21st July and the final round on september the 8th.
The entries on the day assembled for the final group photograph of the series. Each round is a competition in its own right and on the day, the winner was Glyn Chambers with Chris Foss  second and Mike Raybone third, each received a bottle of wine donated by the club, 11 entered this round of the competition.
The series win is calculated on the best 3 round from the 4 so as not to eliminate anyone missing a round due to other commitments and the final results were as follows:
1st Place Mike Raybone with 14982, 2nd place Chris Foss with 14973 and 3rd place Terry Stuckey with 14814, as you can see it was all very close. Well done to all.
A total of 14 pilots had participated in the series.
There was also an award for the best flight of the day and this went to the entrants on the day to suggest a worthy winner, two were nominated Chris Foss and Glyn Chambers, both had scratched away from a very low height to eventually fly out the slot, so it went to the age old tradition of the toss of a coin to decide the eventual winner of the trophy, Chris won. 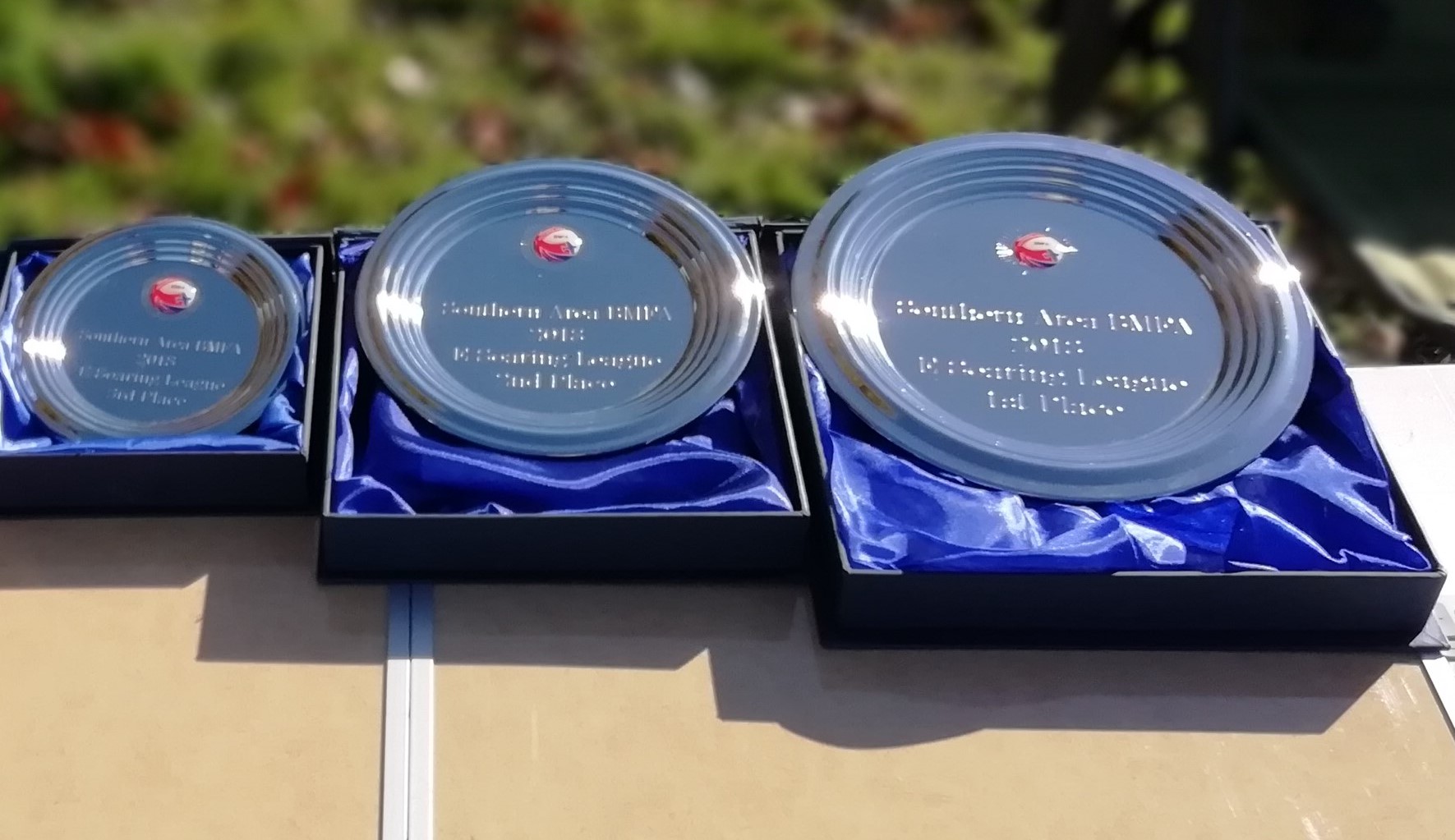 The Trophies provided by the Southern Area BMFA. 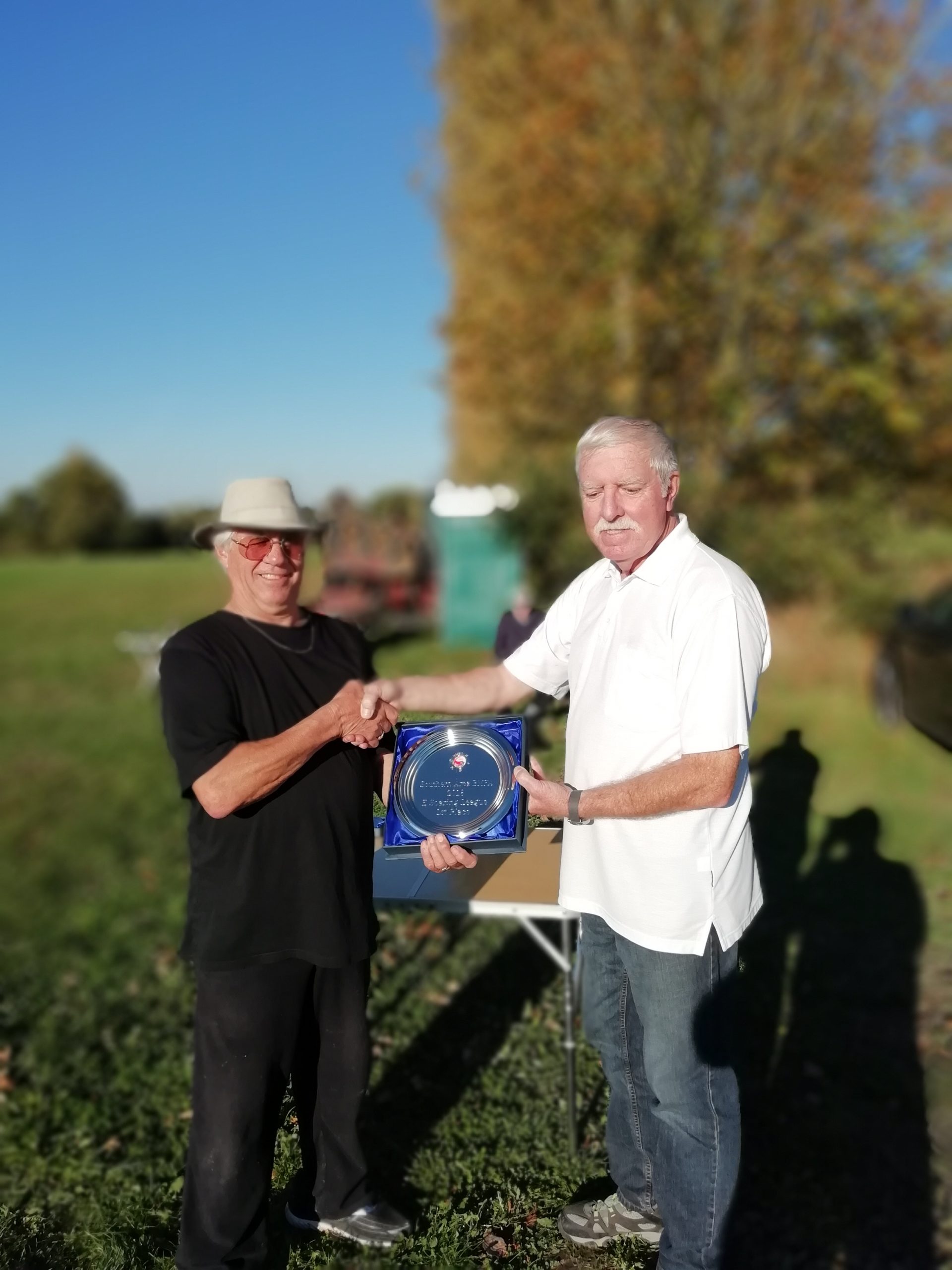 The winners plaque being presented to Mike Raybone the overall series winner ( best 3 from 4 ) by the CD on the day Terry Pelling. 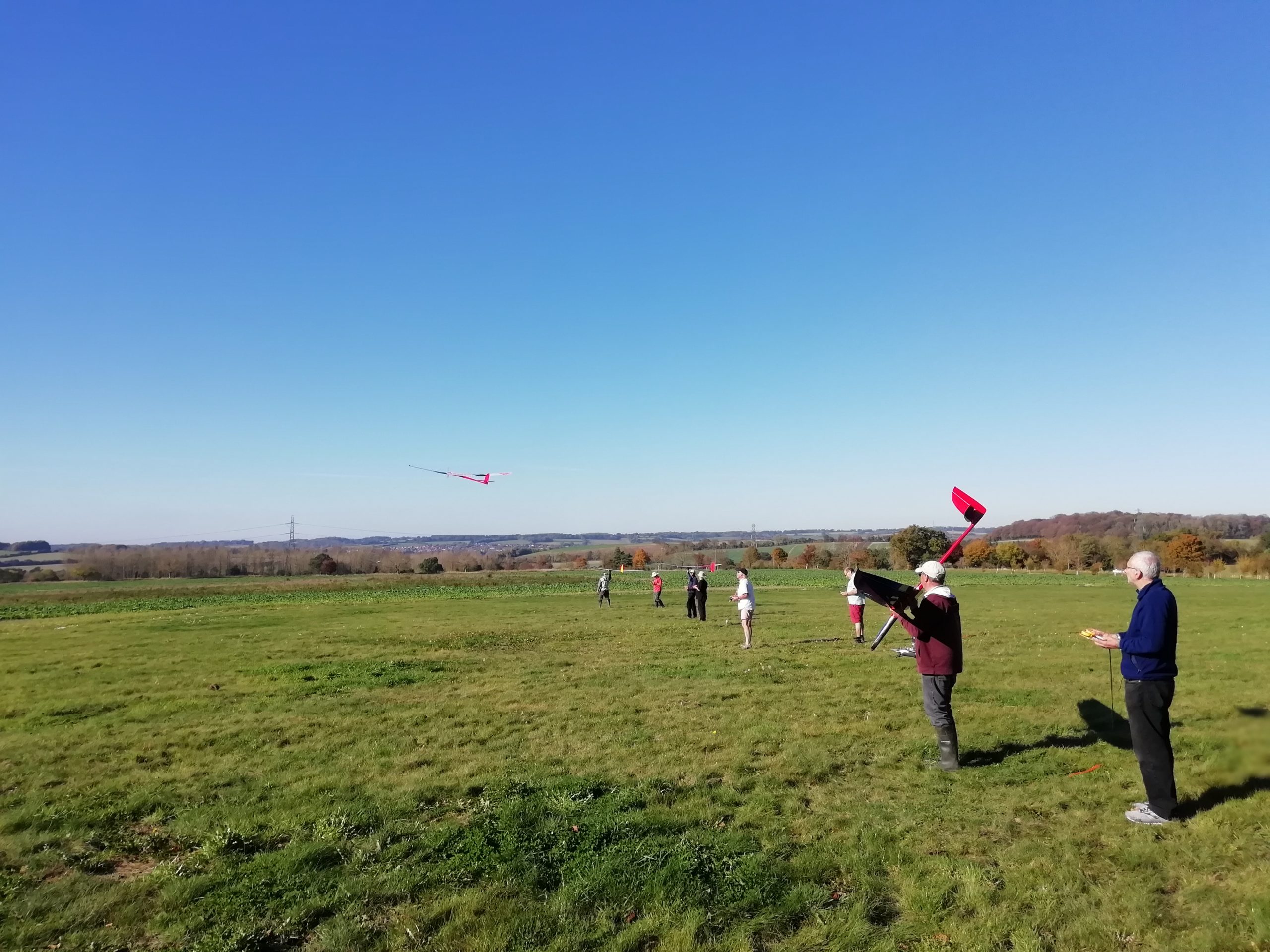 The Launch of the final slot of the day, Glyn Chambers in the foreground is waiting tactically to see where the others are heading before launching.